There are various VPN services provided by itday.com, the major services we have mentioned below:

With itday.com you surf anonymously and prevent your monitoring on the Internet. So it is no longer possible to read your identity or your location as you are hiding behind our infrastructure. As soon as the VPN tunnel is established, your IP will be replaced by our servers which are simultaneously used by thousands of other customers. All steps on the Internet are no longer traceable. In addition to the high-quality encryption, itday.com is pursuing a strict No Logging Policy – that is, we only store when your account expires and do not generate any metadata about you. Bad news for Big Brother, data collectors, and the advertising industry! 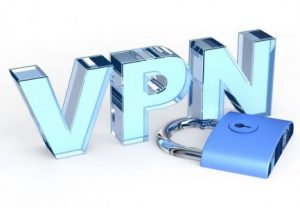 Launched as a free network in which everyone can communicate with everyone and retrieve any information, the Internet is now increasingly monitored, censored and often manipulated. In some countries services such as Twitter, Skype, Facebook and YouTube and even Wikipedia are completely blocked – With itday.com the Internet is free and uncensored, country locks are a thing of the past.

In addition to the standard firewall of your PC, all itday.com servers have a high secure firewall combined with additional protection mechanisms. As soon as you are connected to the Internet via our VPN servers, an attacker can no longer identify your IP and instead sees only our secure servers. Attacks on our servers are automatically blocked and the IP of the attacker is blocked. Maximum protection in all tariffs – anytime, anywhere! The best VPN service you will get with itday.com.

We support all major operating systems in all devices, whether you are using a PC, Smartphone or Tablet PC, are supported. In the customer area you will find instructions for all configuration options – if something does not work immediately, our support is available!

WLAN encryption such as WEP or even WPA/WPA2 is now no longer safe. More critical is the situation at public hotspots such as airports, hotels, cafes and public places. On such places also, you will get VPN service. In principle, each participant can read or manipulate your Internet traffic. With the itday.com VPNs, your data within the WLAN connection is encrypted so high that no one, even if it cracks the W-LAN connection, can decrypt it.