Athletes are a great source of inspiration for many people in the world. However, being a professional athlete takes a lot of hard work and determination. Moreover the level of discipline that they need to maintain throughout their career is a testament to the fact that they deserve all the accolades and the financial benefits that they get once they become world beaters in their respective sports. The financial benefits in particular can be quite staggering at times. Here is a list compiled by celebritynetworth.wiki  of the top 4 richest athletes in the world.

The most iconic name in the history of NBA and the reason for millions of youngsters taking up the sport of basketball is Michael Jordan. His story is truly an inspirational one as he defied all odds to become the most celebrated basketball player ever. He tops the list of the richest athletes ever with a net worth of 1 Billion dollar. Apart from basketball he is also a well-known sportsperson, entrepreneur and an actor. His earnings also includes these other avenues too.

Another legend comes second in the list of top richest athletes in the world. According to celebritynetworth.wiki Michael Schumacher is the second richest athlete in the world with an estimated net worth of 800 million dollars. He is the most successful F1 driver in the history of formula one. He still holds multiple records. Most of his successes came while driving for team Ferrari. Post retirement he suffered a severe head injury to the skull which has kept him bed ridden since then. 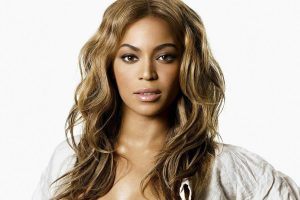 Vince McMahon is the third in the list with a total worth of 750 million dollars. He is the current chairman and CEO of the professional wrestling promotion. This this 71 year old was also a professional wrestler in his youth. Apart from his role in wrestling he also is a film producer, announcer, sports commentator, TV producer, film director and actor.

At number 4 is the celebrated American golfer Arnold palmer with a net worth of 675 million dollars. In a career spanning well over 60 years Palmer has managed to win 7 majors and is widely regarded as one of the greatest golfers in the history. He was inducted to the world golf hall of fame in 1974. Besides being a golfer he is also a successful architect and designer.